Something Must Be Done About Prince Edward County

"In the wake of the Supreme Court's unanimous Brown v. Board of Education decision, Virginia's Prince Edward County refused to obey the law. Rather than desegregate, the county closed its public schools, locking and chaining the doors. The community's white leaders quickly established a private academy, commandeering supplies from the shuttered public schools to use in their all-white classrooms. Meanwhile, black parents had few options: keep their kids at home, move across county lines, or send them to live with relatives in other states. For five years, the schools remained closed.

Kristen Green, a longtime newspaper reporter, grew up in Farmville and attended Prince Edward Academy, which didn't admit black students until 1986. In her journey to uncover what happened in her hometown before she was born, Green tells the stories of families divided by the school closures and the 1,700 black children denied an education. As she peels back the layers of this haunting period in our nation's past, her own family's role--no less complex and painful--comes to light." 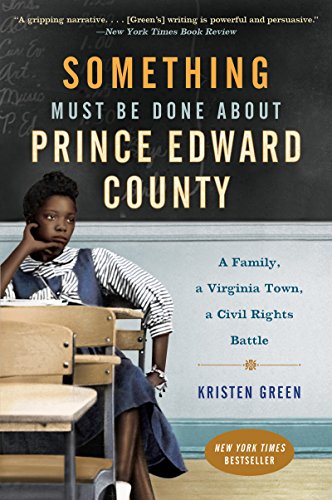